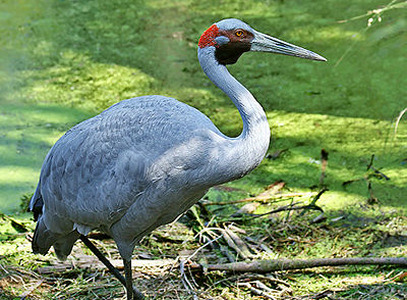 Appearance: - The Brolga Crane has a mainly silver-grey body, a grey crown, reddish patch on the nape, and a black dewlap under the chin, the wings are grey with black primary feathers, and blackish legs and feet. Both sexes are alike but the male is usually slightly larger.

Habitat/Range: - Wetlands, swamps, grassy plains, coastal mudflats, and floodplains in north and north-east Australia, and southern New Guinea. They are non-migratory but will seek out temporary inland waters after local flooding mainly in south-eastern Australia. 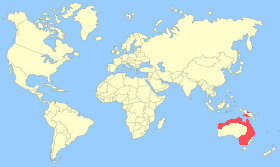 Breeding Season: - Depends on the rainy season - February to May in monsoonal areas or September to December further south.

Notes: - The Brolga Crane is found in Australia. It looks similar to the Sarus Crane, which is also found in Australia, but the red on the Sarus Crane's head extends partly down its neck. Like other Crane species it will dance by bowing and leaping into the air during the breeding season. Brolga cranes are the only crane species to have a salt gland which is located at the corners of their eyes and helps them to get rid of excess salt.