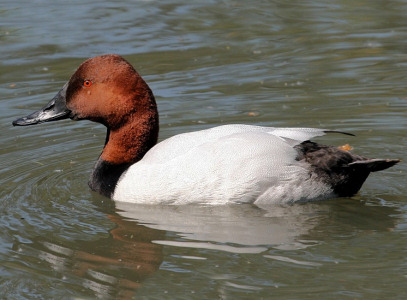 Appearance:
Male - The male Canvasback has a reddish-chestnut head and neck, red eyes, black breast, pale-grey vermiculated central body, black rump and black-brown tail. Both sexes have a long sloping black beak and bluish-grey legs and feet.
Female - The female has a light-brown head and neck, pale eye stripe and throat, dark-brown breast, upperparts are brownish-grey, underparts are pale grey, and dark-brown eyes.
Eclipse - The eclipse male is much more duller than its breeding plumage. It differs from the female as it has red eyes and the female has brown eyes. 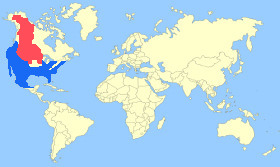 Breeding Season: - May to early June.

Notes: - The Canvasback is a large North American diving duck. There has been a major decline of these ducks due to drought, drainage of prairie marshes, and hunting although there has been a recent hunting ban on these birds.