Appearance:
Male - The male Velvet Scoter has an all black plumage except for white around the eye and a white speculum, whitish eyes, the beak is orange-yellow with a red tip and the base of the beak has a swollen black knob. Legs and feet are reddish-brown with darker webbed feet.
Female - The female has a dark-brown plumage with two pale patches on each side of the head, brown eyes, lacks the knob on the beak, and white wing patches. 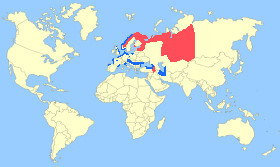 Notes: - The Velvet Scoter is a large sea duck which is also sometimes called the Velvet Duck or Whitewing. 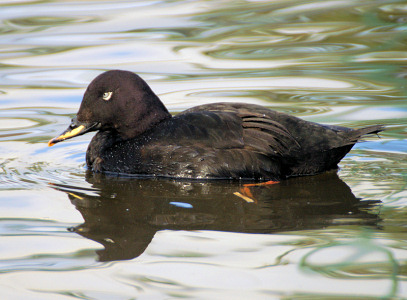