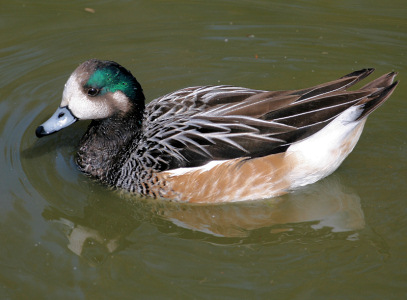 Appearance: - The Chiloe Wigeon has a white forehead and cheeks, a metallic green head and neck, blue-grey beak with black tip, black and white barred breast, orange-brown flanks, dark-grey back with white streaks, black tail and white vent, and the legs and feet are dark grey. Both sexes are similar although the female is a slightly duller colour. 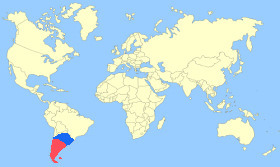 Notes: - The Chiloe Wigeon is a medium sized South American dabbling duck, named after Chiloe Island off the coast of southern Chile.