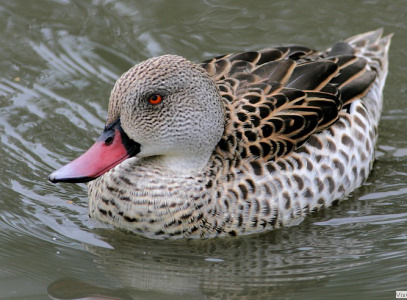 Appearance: - The Cape Teal has a mottled pale grey head and body, mottled brown back, distinctive pink beak which is black at the base and tip, and red eyes. The speculum is green and black, and is bordered broadly with white in front and behind. Both sexes are alike but the female is slightly smaller, paler and less mottled. 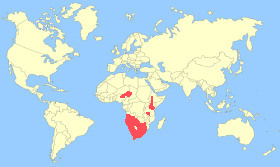 Breeding Season: - March to May.

Notes: - The Cape Teal, also called the Cape Widgeon, is a dabbling duck which will also dive and swim underwater for food like a diving duck. Unusual for dabbling ducks, the male will stay with the female to help raise their young.