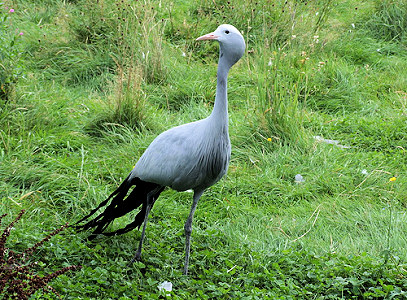 Appearance: - The Blue Crane is a relatively small Crane and has a pale blue-grey plumage with a white crown, pink beak, trailing wingtips (tertials) are dark-grey, and long dark legs. Both sexes are alike. 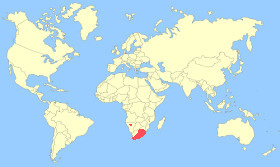 Notes: - The Blue Crane, also called Stanley Crane, and Paradise Crane, is the national bird of South Africa. This Crane spends more time in dry grassy uplands rather than wetlands. As with other Cranes it has an elaborate courtship dance involving leaping and dancing. It is listed as 'Vulnerable' due to loss of habitat.