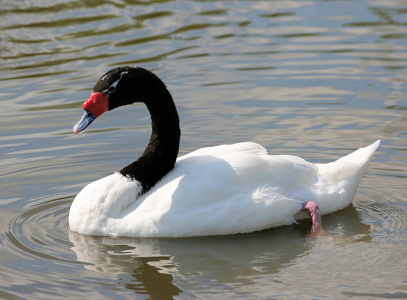 Appearance: - The Black-necked Swan has a white body with a black head and neck, a greyish beak with large red knob near the base of the beak, and a white eye-stripe. Both sexes are similar with the male (Cob) being slightly larger than the female (Pen). 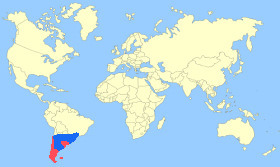 Breeding Season: - July to August, and August to mid-September further south in the Falkland Islands.

Notes: - The Black-necked Swan is the largest waterfowl native to South America. They spend much of their time on the water as they are poor at walking due to their legs being set far back on their bodies. This makes it difficult for them to get airbourne but they are strong fliers. Like the Mute Swan, they are quiet birds.