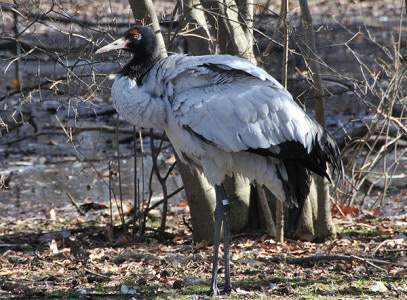 Appearance: - The Black-necked Crane has a mainly whitish-grey body with a black head and upper neck, a small red patch on the crown above the eye, a small white patch at the back of the eye, a black tail, black primary and secondary wing feathers, and black legs and feet. Both sexes are alike but male is usually slightly larger. 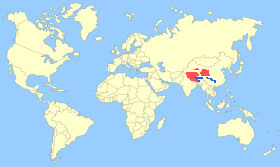 Breeding Season: - Begins late-March to mid-May. Eggs are laid mainly in May and June.

Notes; - The Black-necked Crane resides in Asia. Like other Cranes they dance by bowing and leaping into the air during the breeding season. These birds are protected in China, India, and Bhutan but still suffer from habitat loss and modification especially in their wintering areas. They are evaluated as 'Vulnerable' on the IUCN Red List of Threatened Species.