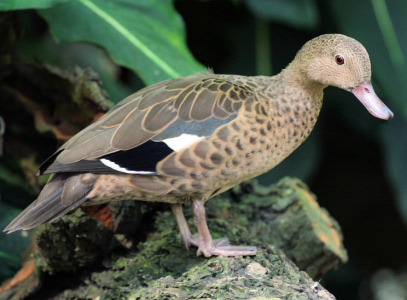 Appearance: - The Bernier's Teal has a uniform warm brown plumage, a light brown head with darker crown, brown eyes, pinkish-grey beak, the feathers on the breast and underparts are light brown with darker center markings, the upperparts are dark brown with buff edging, the wings are brown with a white bordered black speculum, and pinkish legs and feet. Both sexes are similar. 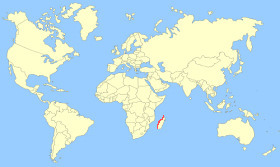 Breeding Season: - December to March during the wet season.

Notes: - The Bernier's Teal or Madagascar Teal is a dabbling duck which is endemic to Madagascar. This duck is classed as Endangered in the IUCN Red List which means it is close to extinction. This is because their natural habitat, the mangrove forests of western Madagascar, are being destroyed for timber and fuel. However, the Durrell Wildlife Conservation Trust is now undergoing a successful breeding program.