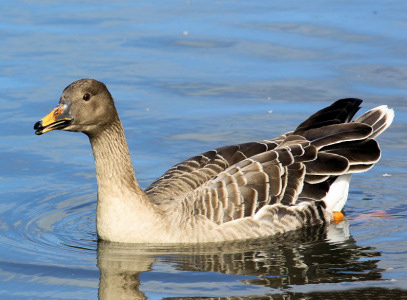 Appearance: - The Bean Goose looks similar to the Greylag Goose but has a much browner plumage, and an orange yellow beak with black at the base and the tip. The head and neck are dark brown, breast and abdomen are light brown, flanks are dark brown with pale edging, vent and tail coverts are white, upperparts are dark brown with white edging, and the legs and feet are also bright orange. There are five sub-species which differ slightly in appearance and some ornithologists split them into two different species: the Taiga Bean Goose and the Tundra Bean Goose based on their breeding habitat. 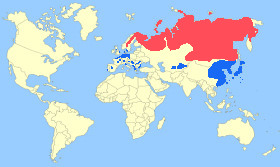 Notes: - The Bean Goose is a medium to large grey goose of the Anser genus (Grey Geese). It gets its name because it grazes on bean field stubbles in the winter.